An Ode To
The Honey Bee The honey bee signifies life itself. Without the bees there is no humanity. They are our sacred planetary elders, making our current abundance of flora and fauna possible.

Pollinators are the lifeline of our food system. 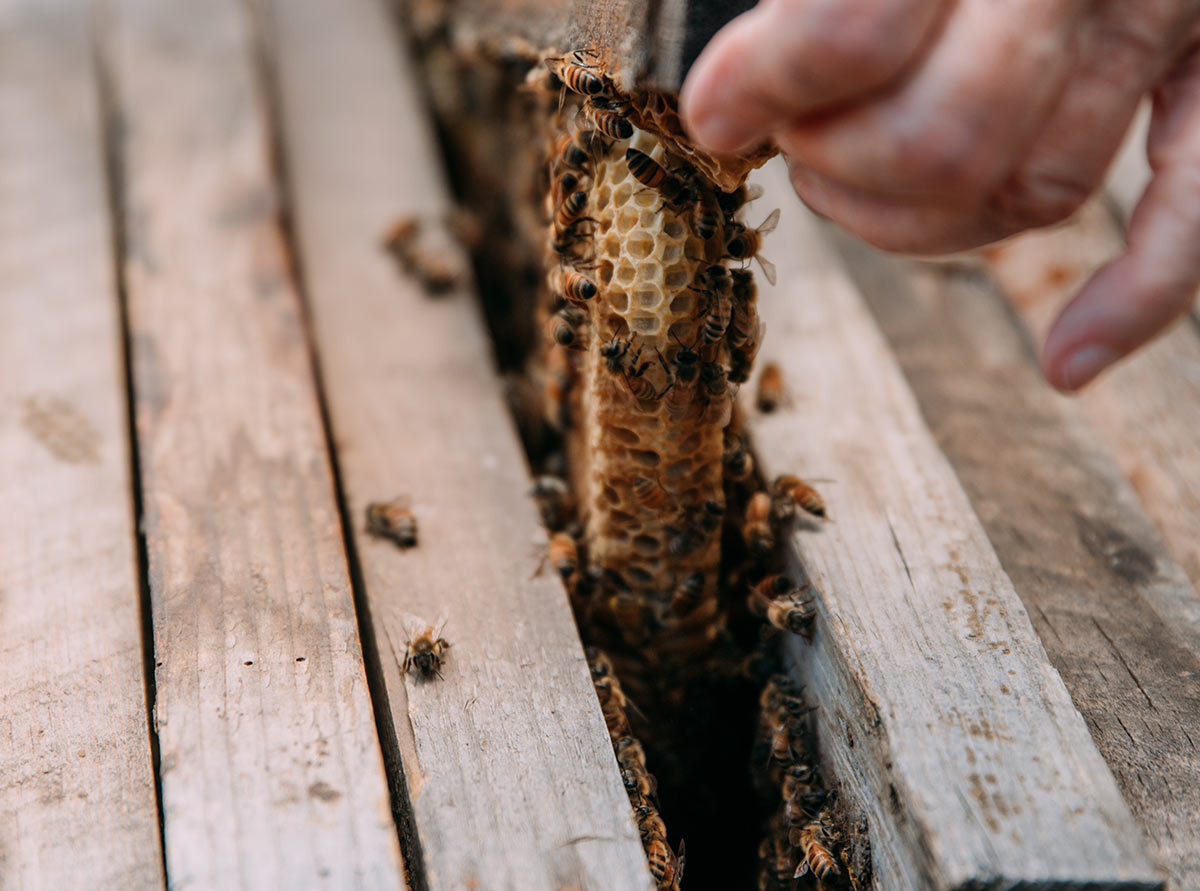 Bees, butterflies, and birds allow for the bounty of food worldwide; One of every three bites you take is because of the endless and crucial work of pollinators, in particular, the honeybee

of the world’s vegetable, fruit, nut and seed production

of the leading food crops worldwide is supported by their production.

Pollinators are the pulse of many cultural identities, significant historical figures, and a critical asset in our return to a regenerative future. Humankind is indebted to the tireless work of pollinators who balance our ecosystems, our economies, and provide healing properties to both the human body and the planet.

The western honey bee (Apis mellifera) is by far the world’s most significant pollinator. Without the honey bee, humanity cannot survive. One of the most moving and knowledgeable perspectives on the honey bee comes from a wise woman tucked away in the mountains of New Mexico. Voyce Durling-Jones is the founder of The Bee Corps, a non-profit dedicated to protecting, preserving, and regenerating the honeybee and other pollinators from lethal pesticides. “The honey bee signifies life itself. Without these bees there is no humanity. They are our sacred planetary elders, making our current abundance of flora and fauna possible.”

According to Voyce, honeybees ascended from the ancient wasp between 80 and 150 million years ago, during the Cretaceous period. Before the bee, plants were restricted to airborne pollination; as the boom of the bee rose, so did the abundance and expansion of plants and flowers worldwide. This began the co-evolution of flowering plants and bees, creating one of biology’s most beautiful love affairs. As more bees approached pollen, flowers evolved to have seductive, inviting colors with an array of shapes and sizes. The honey bee also catered to the flora by maximizing pollen transportation with its micro hairs which coat the honey bee’s body. 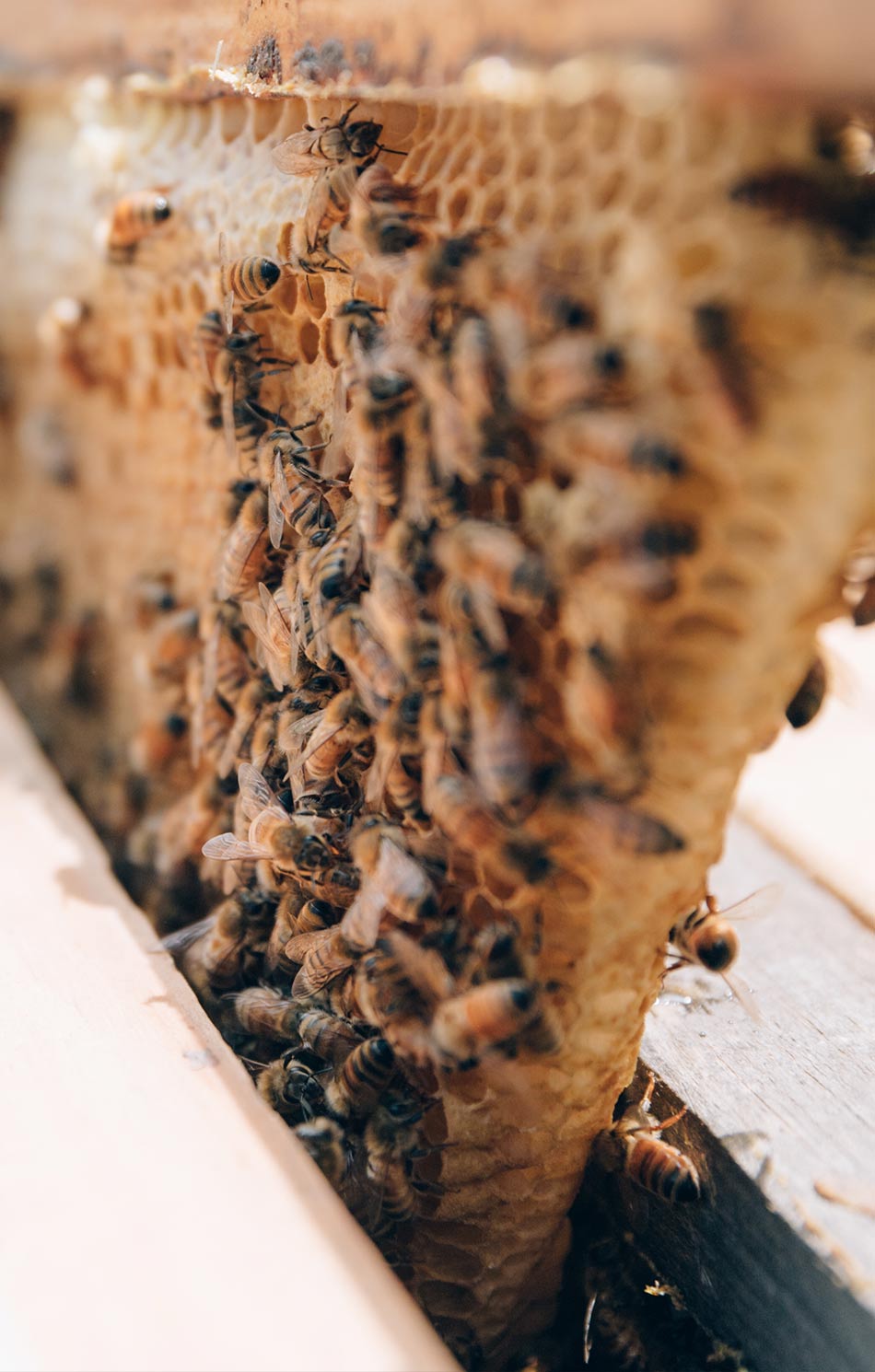 By making large-scale pollination possible, plants covered mother earth with resources. We owe everything to the relationship of flower and bee.

Early civilizations quickly took note of the magnificence and importance of bees. Ancient Egyptians, for example, attached great religious and spiritual significance to the honey bee. The “Salt Magical Papyrus” states that honey bees were created from the tears of the sun-god Ra, whom the Egyptians believed to be the creator of the earth and the sea. Bees were associated with royalty in Egypt; ancient honey was found in tombs as early as 3500 BC, and the bee was the symbol of the Pharaoh in Lower Egypt. The honey bee was a sacred symbol of abundance and healing, as honey from the beehives had many uses for ancient Egyptians, such as medicine, food, offerings, and currency for Egyptian society.

For Indigenous peoples such as the Kulung honey-hunters of Nepal, the Ogiek of Kenya, and the southern Brazilian Amazon Kawaiweté, bees have been an intrinsic part of their identity, economy, and livelihood. Bees’ healing properties such as honey, propolis, beeswax, royal jelly, and bee venom are essential elements in creating traditional medicines for indigenous people. For example, the stingless bees (Melipona spp.) of the Maya people of Mexico provide the Melipona honey, which is considered both a sacred, energetic, and healing food to help overcome diseases. Another form of ceremonial honey comes from the giant Himalayan honeybees (Apis dorsata laboriosa) of the Gurung people of Nepal. Twice a year, the Gurung men gather around the cliffs of the world’s largest honeybee. With 200-foot ladders and long poles, they harvest the bee’s wild honey that serves as a powerful medicine and a ceremonial hallucinogen. Bees have been historically linked to indigenous peoples worldwide for medicinal, cultural, and sacred practices for millennia which can be felt in Voyce’s description of her experience with these wise winged beings..

When I am beekeeping, I treat them in a sacred manner, they are our ancestors, and they provide healing properties that have been used from the beginning of humanity. Bees regenerate the earth as they regenerate our bodies.

Voyce Durling-Jones is also known as Voyce Sensei. She is the first and only foreigner to pass the national HoShindo examinations and become certified to practice Hoshindo in Japan. She was also the first to bring the art, philosophy, and practice of this East Asian medicine, which uses venom from the honeybee to gently tap and stimulate the immune system around areas of stress and illness, to the Americas and Europe. Voyce is on a mission to preserve the honey bee and its healing properties by educating others about the dangers of industrial farming and its hidden effects on human health and all life.

We must participate in the reciprocity of the bees. The current model of industrial farming is destroying colonies at an alarming rate and the irony is that we are destroying our greatest ally in growing food, the honeybee.

According to the Center for Biological Diversity, more than half of North America’s 4,000 native bee species are in decline, with 1 in 4 species at risk of extinction. Although various factors lead to bee colony declines, such as climate change, urbanization, air pollution, and invasive species, a study by Harvard University exposes that pesticides are the leading cause of honey bee population decline. The authors wrote that pesticides lead to “the impairment of honey bee neurological functions, specifically memory, cognition, and behavior.” Dr. Guzman, the director of the Honey Bee Research Centre at the University of Guelph in Ontario, Canada, states in an interview with Civil Eats that…

He adds that honey bee populations are declining more in the Northern hemisphere and “mostly in countries with developed agriculture.” Moving away from pesticide use in our food system is critical to protecting bee populations and biodiversity while protecting yields and farmer incomes. Regenerative agriculture is one of the solutions towards preserving and uplifting the health of the honey bee while solving other large-scale issues such as climate change and food security. A study led by the University of Reading provides evidence that agroforestry increases wild insect numbers and increases pollinators. “Agroforestry sites had double the number of solitary bees and hoverflies, and in arable agroforestry sites, there were 2.4 times more bumblebees than in those with just one kind of crop.”

Supporting indigenous beekeepers and their traditional ecological knowledge is another form of preserving bee colonies and environmental health. For example, the Karen people of Hin Lad Nai in the Chiang Rai province of Thailand have been living in reciprocity with the eastern honey bee Apis cerana for generations.

There is a Karen saying that ‘we should walk like the bees.’ When the bees fly, they fly better together and look after each other and the interest of the whole community of bees. They live in harmony together, and increase the biodiversity in the forest with their actions, like we do. Our community has been revitalizing our forest since it was heavily damaged by the logging concession in the 80s. We are requesting the government to recognize the rights of the Karen people to continue our customary and sustainable use of biodiversity.
– Chaiprasert Phoka, community leader of HIn Lad Nai.

We can learn countless lessons from the bees as they teach us about cooperation as a society, reciprocity with the land, and generosity with our resources.

This is not just about saving the honeybee; this is about saving humanity. “The bees are mothering us, as we should now be mothering them. It’s time to participate in the reciprocity of the bees.” 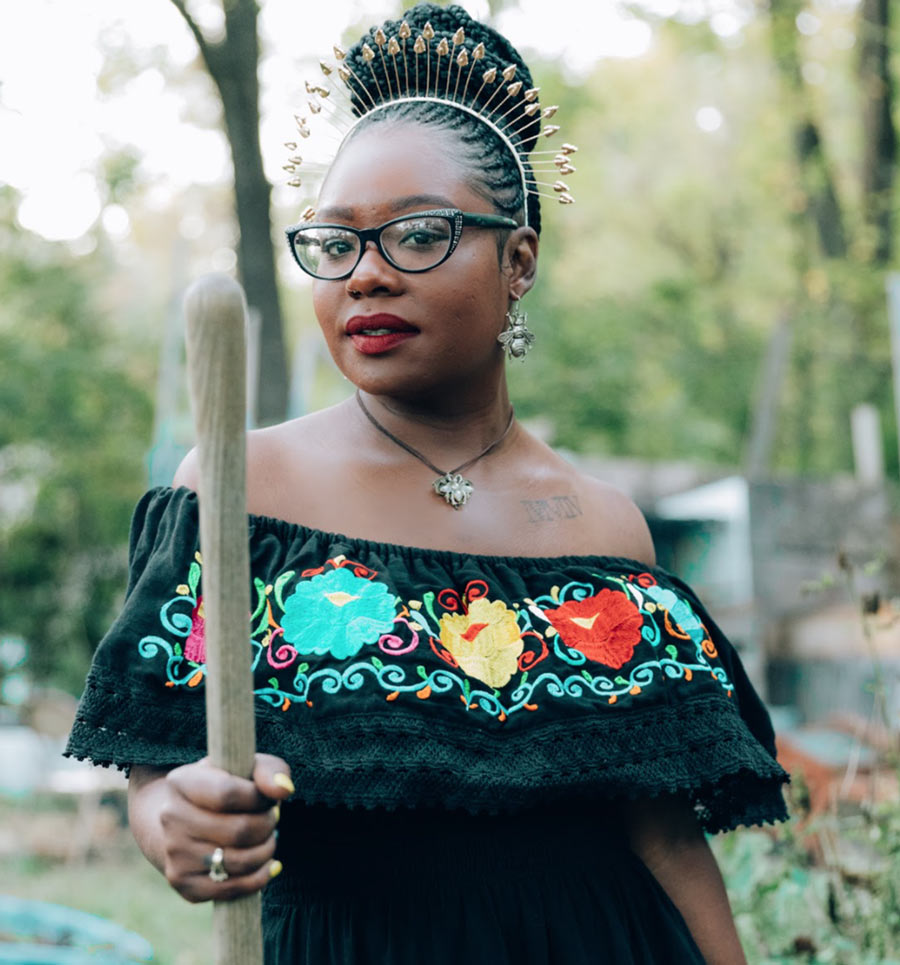