What defines a farmer?
Is it land, sales or experience?
Meet Nathan Lou of the Lou Family Farm and Founder of the non-profit organization, Mongol Tribe. His experience expands the definition.

His acumen in land stewardship comes from working on a diverse set of soil canvases over the past 15 years ranging from a single pot on a sunny porch in urban San Diego (which started his farming journey) to managing ⅕ of an acre on his family’s land along with a sprinkling of other urban spaces.

Nathan recalls filling a small pot with fresh potting soil that would grow his first plant. It made him wonder how much fruit could grow from a single seed when grown in such a small container. In a single pot he chose to see the possibilities, instead of the limitations. This mindset became, and continues to be, a key differentiator in Nathan’s work. When he saw a gap in local offerings with markets flooded with vegetables, he set his focus to fruit trees and orchards and never looked back. Since then, he’s become an expert in seeing small spaces with potential to be fertile grounds and finding creative, regenerative solutions to produce the most rich and nutrient dense fruit from those small spaces.

The reason Nathan’s work spans so many small spaces isn’t by choice, but rather due to a lack of access to land due to the high cost in California. He has had to manage a mosaic of individual micro spaces which have culminated into enough managed land to cultivate a livelihood.

Land access continues to be the insurmountable barrier for new farmers to get a start. This blockage has caused farmers like Nathan to get creative. One acre might actually be composed of five or more plots of urban land, farmed lawns and gardens, and segments of family-owned land.

Currently, he has 1/5 of an acre in production at the Lou Family Farm which is a three year old garden that sits on his cousin’s land which has over 30 fruit trees and has produced nearly 50 different agricultural commodities. “Piecing together fragments of an acre at a time facilitates more accessibility and allows my understanding of different environments, conditions and to see how various ecosystems function.”
Nathan is focused on building backyard orchard food culture and expanding the ideas of what you can do in a small space. A single tree, over the course of 2 years, has flourished with 400 apricots and what inspires him are the nooks and crannies of cityscapes where a tree could be planted here, there, up there, down here and used to feed local communities in need or facing food scarcity and hunger.

His focus and work on food sovereignty and food justice, even more now with recent current events showcasing the lack of justice for minority groups within agriculture, has been a driving force.

“Blacks, Asians, and Hispanics largely make up the heart of agriculture and the barriers to get anywhere beyond field work or just pay for that work is the greatest struggle for those who most closely steward the land.”
Nathan is currently studying to be an arborist and lays out the costs of the books and testing, $150 for a textbook, $200 just to take a test that isn’t administered locally and requires travel or an additional fee to take online to be proctored, the costs are so high and inaccessible to so many people.

“The systemic wrongdoing within education inspires my work as an educator to be a bridge to those who don’t have access to this knowledge. We need more representation and more diversity at the foundation of these systems. Teaching is the most nourishing thing I do and knowing the cycle of knowledge is alive as I pass along what I learn to others, it brings me hope that they might carry on these practices and change their own communities.” 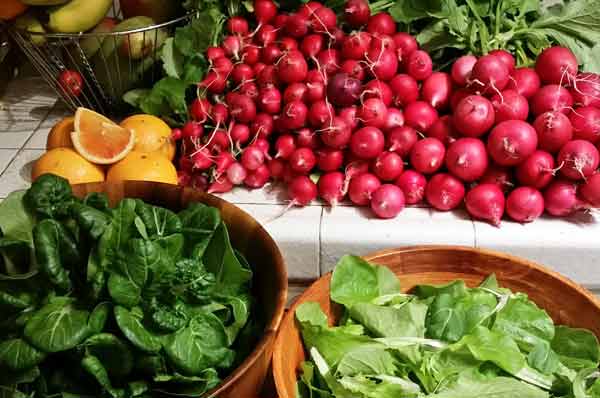 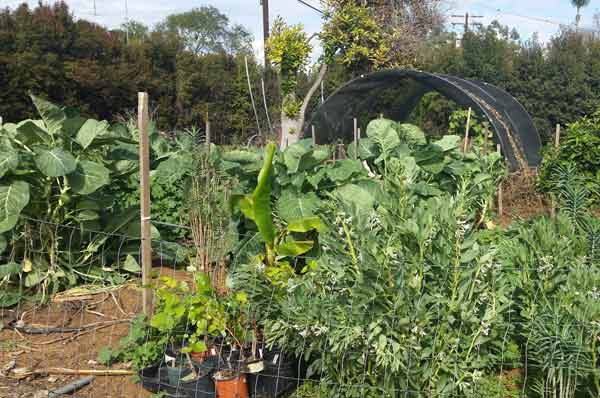 Nathan’s exposure and appreciation for agriculture came at an early age. It was a daily topic of conversation.

“My grandfather was a part of the last generation of true agrarians practicing regenerative agriculture before it was ever called regenerative.”

Nathan’s grandparents lived in the Mississippi Delta area. His grandfather was a butcher and operated a local market and when white business owners shut their doors to the Black community, Asian-owned businesses opened their arms to Black customers creating a close bond between the two minority groups.

“My grandparents would grow vegetables like Chinese long bean, amaranth, bok choy, and winter melons in small raised beds in their backyard. Their love of agriculture was ingrained in me at an early age, and I am forever grateful for the memories I have to draw upon. When I pull out his jar of amaranth seeds that were saved in 1994, I have this gratitude for not only my grandparents, but all people who have gone before me who have cared for the earth.” “We need to go back to traditional philosophies.”

Nathan and his non-profit organization, Mongol Tribe, supported the development of the Ocean Beach Seed Library and he regularly teaches classes about why it is so important to save heirloom seeds, just like his grandfather did.

But it wasn’t just his grandfather’s influence that drew him to agriculture. There was a defining moment in his life when his own health and wellbeing became dependent on soil health.

It all started with an asthma diagnosis.

When Nathan was diagnosed with asthma at a young age he was immediately armed with an inhaler and steroids to treat it which continued into early adulthood. That is, until he started doing his own research and began to learn about the long term effects of these treatments and went down a fateful rabbit hole to find more natural ways to address his asthma.

He’d heard cannabis had helped many people with asthma and started experimenting with low doses. “It was a transformational experience for me. It finally clicked that something I could grow in the soil could heal me better than any pharmaceutical solution.”

This experience prompted Nathan to take control of what he was putting into his body, and take a more vested interest in the food going into his family’s bodies, which has rippled out to his own community. Nathan will tell you it’s a gradual disconnect to nature, the process of growing food, and the truth that we all have the ability to grow our own food, we’ve just chosen to outsource it.

Part of Nathan’s big vision is to create a space where people can experience the land like their ancestors once did.

“I’ve got a dream to get people with an urban mentality to step out into rural and semi-rural environments to instill an appreciation for local goods and industries so they can see and taste that food is the medicine we’ve all been searching for. It’s right beneath us, in the soil and it’s been here the whole time.” Nathan shared his vision for a regenerative agro-tourism space where people can come and leave better because of their visit. “I think you can talk all day long about regenerative practices but until you show people, face to face, it just won’t resonate. This is why I want to eventually have my own agro-tourism space where I can create immersive experiences for people to feel, taste, and see how a regenerative ecosystem works. I want them to feel the difference.”

Nathan also has a vision to bring a food forest to one of the largest and well known parks in all of San Diego – Balboa Park.

“If I was able to set up an urban food forest as a place to provide food to those who need it most, educating people wanting to learn more about planting fruit trees, all while experiencing seasonal nectaries and harvests as a community within Balboa Park, would be a dream come true.”

The culmination of his lived experience and future vision was the impetus for founding Mongol Tribe, a grassroots 501(c)3 supporting community development and capacity building. His organization has four core pillars: We believe that co-operatives are the key models for developing the solidarity economy. Co-operatives have played an integral role throughout the history of agriculture and artisan industries. We offer organizational support, administrative development, and capacity building for community centered programs We believe that education is a key to unlocking our inner purpose. Through providing hands-on learning opportunities, we are supporting community empowerment. Our educational programs focus on teaching food and medicine sovereignty for the 21st-century. Through active community engagement and professional consultation, we offer mindfully curated classes that support personal growth and self-reliance. We are striving to provide access to cultural knowledge that enriches the lives of communities. Our educational programs center around Food & Medicine Sovereignty, Natural Resource Management, and Holistic Wellness. We believe that Regenerative Agriculture offers viable solutions for the current and future ecologic challenges across the globe. In order to address these issues at a local level, Mongol Tribe is committed to cultivating living models using regenerative practices. It is our goal to move beyond sustainability by supporting the active development of dynamic, living systems. Our philosophies are rooted in community ecology, natural farming, and urban forestry. We are contributing our piece to the Solidarity economy through cooperative development. Our intention is to build model co-ops that support community empowerment and create sustainable jobs.

Mongol Tribe facilitates mindful interactions that encourage hope, inspiration, and participation throughout the community. From events & workshops, to seasonal lecture series & classes, they have opportunities for folks of all ages and skill levels. They are also developing a hands-on service learning program to cultivate real-world experience by connecting students with successful professionals. Additionally, they offer specialized consultation services and administrative support.

Nathan’s mission is to break down the barriers that exist today by providing social, financial, and information as forms of support and growth for his local community.

He describes the ultimate goal of his work to be the connection of holistic health and wellness with civic ecology to serve the public with seed access, education, urban planning and development at the ground level to integrate food forests into the infrastructure planning process to facilitate these practices.

So if your farm consists of a single pot, a handful of urban gardens, or if it stretches thousands of acres, farming might just be more about the mindset of creating a regenerative cycle within the space(s) you have to work with, no matter how big or small.

To learn more about Nathan’s work and support Mongol Tribe, visit the links below: